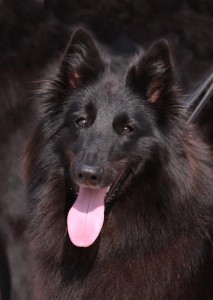 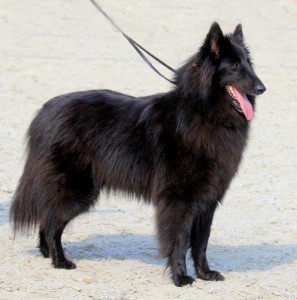 Gaja is a joy.. Was sold to a breeder abroad, but she thought Gaja was too soft for breeding and asked me if I might be interested in having her ‘back’.. So I bought her back again. She allready had her Champion title of Lithuania and her X-ray results done… I do N 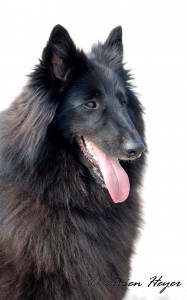 OT regret it at all.. She is an easy and lovely dog.. And developed a steady and calm personality. Quite a showgirl, but after some training to be more on herself in agility she shows her power!! OMG this girl has hidden qualities! 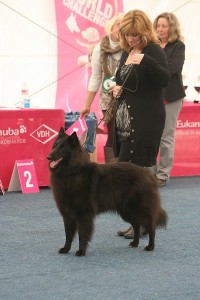 I’ll place some agility pictures when they are available, and possibly also You Tube video.. 🙂 Also Obedience is something she enjoys and is good at! In the showring she easily won the title Bundessieger 2011 and Europasieger 2012 and with these titles she qualified for Crufts, and we went to show her in March 2013 at Crufts-Birmingham-England, without placement. She finished her VDH, Lux. German and Dutch Champion title and also became International Show and BENELUX Champion. Gaja is co-owned with Sylvia and Peter Vermeulen.