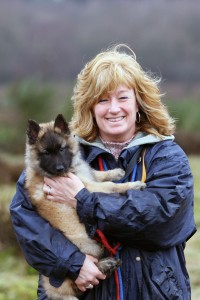 Tervueren and Groenendael, both a big part of my life, a real passion… I’m working as a doggroomer and have a part of my work at home, and an other part works at a body- and weightloss center.. Parttime jobs, and that is nice to combine with my daughter Denise and the dogs. In the past I was working as a veterinary assistant for some years, and because of that I started my groomingwork. I have quite some interest in everything with or/and around animals. The ‘of Dark Brightness’ story started with Gaby… known as “Berkens’ Almaro Gabriëlla” a Tervuerenfemale which I have trained in Obedience and she also was a fantastic showdog. 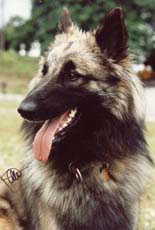 Became a Champion quite easily.. But I wanted more… Gaby was a very stabil, friendly and open female in character, but could have had more fire… that’s why “Tessa” was bought, a Groenendaelfemale which I have trained in IPO and Obedience (GG). Not a showdog at all, and quite problematic with people and other animals.. pffff.. I’ve learned A LOT about dogs because of Tessa.. With Gaby and Tessa as the foundationfemales we started to breed and that 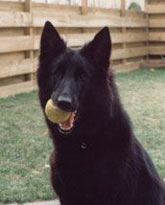 was the beginning of our passion….

At this moment, I am training (between some shows and agilitycompetitions in the weekends) the dogs in agility, all my dogs are active working and competing in agility and/or show, the goal is to get everything out of a dog what is in…..

OUR GOAL….. To share our passion with future DB dogowners… keeping our goals alive.

We really like every kind of training with a dog. Our dogs are kept inside our household… they are used to cats, children and everything what is normal… Lots of people tell us that we have dogs which are not ‘normal’ which is called.. ‘typical Belgianstandard’. They are indeed very open and spontaneous. 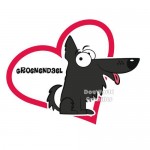 They don’t have this holding back thing in them, and we try to keep it that way, and try not only to breed a goodlooking dog, but also a dog who is willing to work, just because it’s a workingdog from origin….

So…. we like to breed puppies for people who want more than just a beautiful dog. inquiries are welcome, but we are quite critical in choosing the right kind of owners for the puppies. Our puppies are kept in our home, not just because I like them around me, but also because it’s important they learn and hear everything what is normal.

After 7 weeks the puppies can leave our home and go to their new owners… Don’t have to say that they will have a pedigree(chip), vaccination and deworming… and lot’s of loving and socialisation……. Ofcourse it doesn’t stop there… we will always be there as a back up and as a helpdesk…. I’d like to keep in touch, not only to hear negative things, but certainly also the nice things…. And if my help is required… it’s just a phonecall or an email away!

our dogs get a raw diet.. as I feel it’s the most natural way to feed them.. We give them all sorts of variation in meat (all sorts of animals) Puppies will also be fed raw, and I like that new owners will also give their dogs a raw diet, but I can understand and respect it if they do not…

MY main reason to feed raw is to try to eliminate the most common disease (at this moment) among belgians.. Stomach cancer.. I think we can prevent things if we feed as natural as possible.. And therefor we feed raw, beside the fact that dogs are using their jaws like it should be used and are more healthy and stronger..I was closely involved with the research of finding which genes are responsable for getting the stomach tumors. Hopefully the researchers and specialists can make a test for future breedingdogs.. So we can test the dogs and hopefully they will stay geneticly ‘clear’ of gastric cancer.